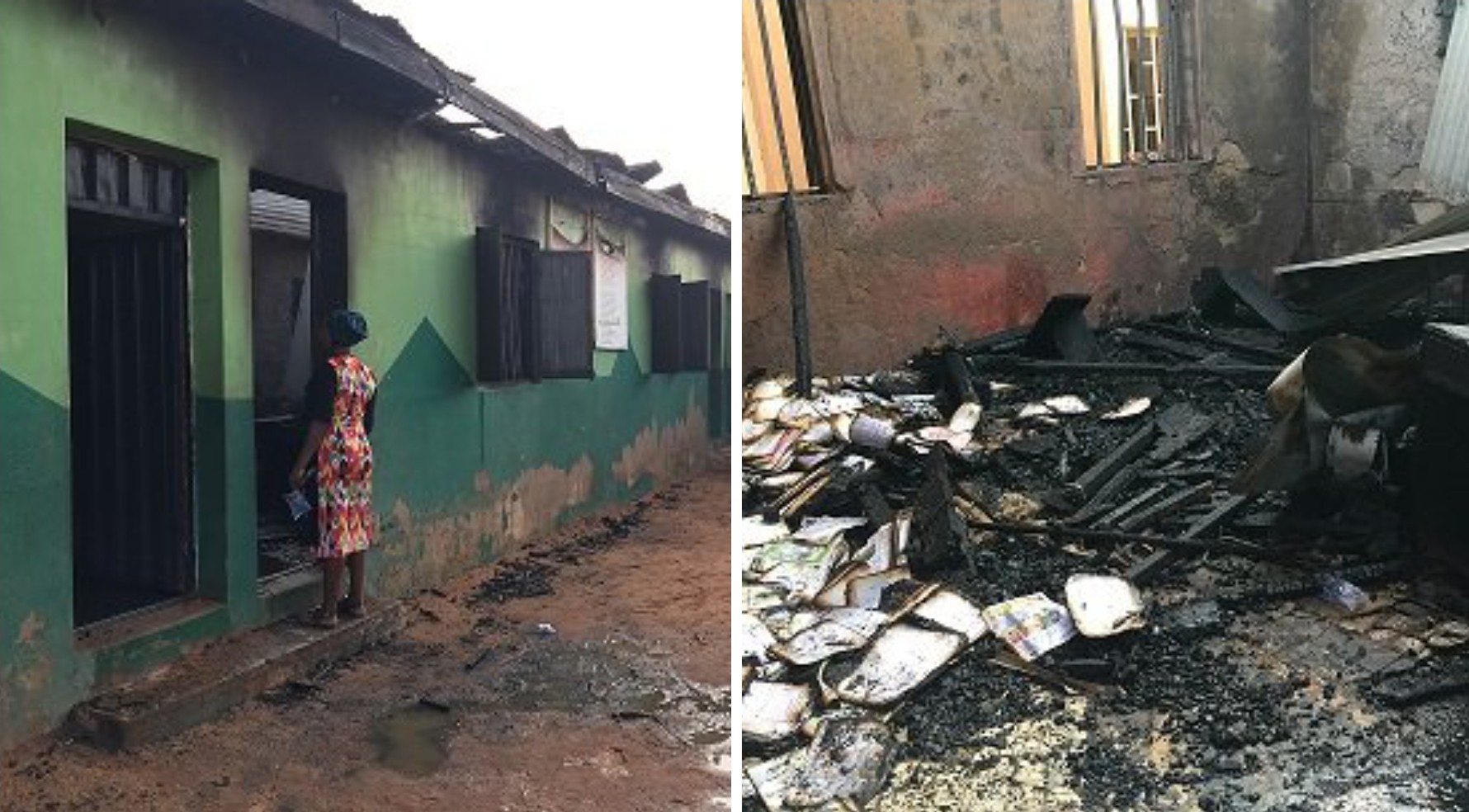 The Shalom Nursery and Primary School, Damaturu in Yobe State owned by the Redeemed Christian Church of God (RCCG) has been razed by a strange fire.

It was gathered the fire started from the primary block of the school, burning the books, desks and the entire block to ashes.

The Headteacher of the school, Mrs. Kemi Bature, said the staff and management of the school are confused and still cannot determine the cause of the fire.

She informed the school uses a prepaid electrical billing system and always puts off the entire electrical system in the school anytime pupils are away.

She explained the fire has caused serious damage to the entire class block, the children’s books and other records, adding the losses run into millions.

Mrs. Bature also informed the fire was detected by some of the neighbors, who alerted a teacher before they contacted the state firefighting department.

It was learnt that police explosive detectives have visited the school to comb the area for any possible explosive or a strange inflammable item that might have ignited the fire.